Prose vs. Verse: Definitions and Differences

What exactly is Prose vs. Verse? What do you understand by an iamb in poetry? What are the verses used in the Shakespearean play Much Ado About Nothing? If you are a student learning Shakespeare and are looking for more such related questions, this article will significantly help.

When we talk about prose play vs. verse play, we are talking about two main components of creative writing. This piece of work will assist you to know the definitions and the exact difference between verse and prose.

Before we continue on Verse vs. Prose and the other forms of literature, let us read the definitions of these literary compositions elaborately.

The Definition of Prose

The term prose has been extracted from the Latin word “prosa oratio” which indicates straightforward. The prose is a kind of general creative writing which is used in both fictional and non-fictional work. It is a work of literature. Any high school learner would know that prose is highly used in letters, diaries, novels, and short stories, encyclopedias, textbooks, articles, casual dialogues, dictionary definition, etc.

When a chain of sentences form a paragraph, and a group of those paragraphs becomes a meaningful message, the prose is formed. The message conveyed through prose thus becomes very clear and precise.

There are theories to understand the delivery of prose. The theories state the relationship between the reader and the writer. It involves interpreting a message, and the clear understanding Prose follows a grammatical structure and enforces natural communication.

The prose is also known as unmetrical writing, i.e., and it does not follow a formal metrical structure. However, it follows a natural flow of speech. The prose is written by an author or a writer and has a direct approach towards the readers. Overall the language used in prose is natural.

If you are looking for some online essay writing tips, stay tuned with our next blog.

What are The Different Types of Prose?

Let us learn the four basic types of prose: 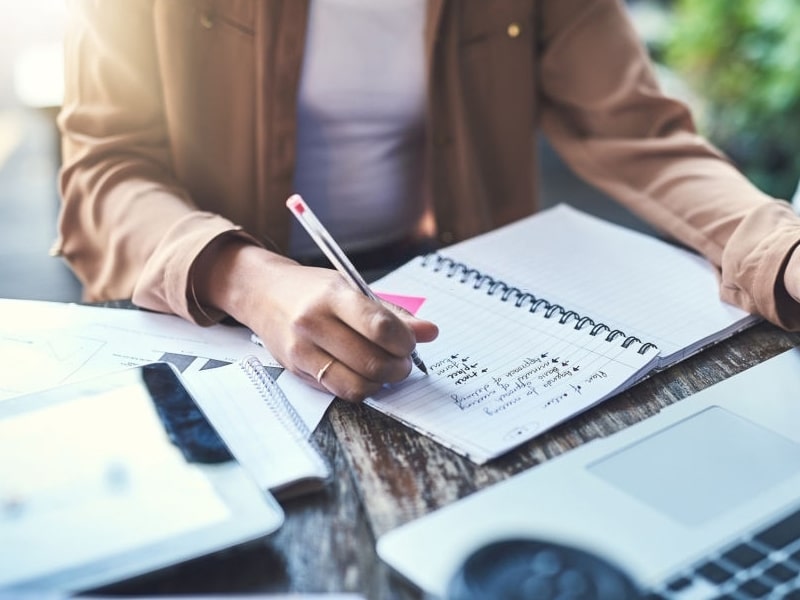 It is the most popular literary work of fiction that includes novels and short stories. Fictional prose is designed with a plot, setting, characters, and dialogues.

Nonfictional prose includes factual events or information. Any literary composition based on a true story can be termed Nonfictional Prose.

This literary work is created to be recited. In this kind of prose, you find the story of heroes and legends. These are also termed narrative prose tales that are composed in a dramatic style. One of the finest examples of heroic prose is the “islander sagas.”

Prose poetry is a unique form of the lot written in the rhythm or rhyme pattern. It uses intensive figurative language. It is a combination of both prose and poetry. It mainly focuses on the emotional aspect.

The definition of verse

A verse is the most conventional and most popular form of communication to spread a culture.

A verse is a one-line poetry that has a definite rhyme. It is metrical writing. a group of verses together is called a stanza. The verse is more commonly used in the romantic language. It often uses metrical rhythm.

A rhyme is generally used in the concluding lines of a verse. we find many verses in a poem. The responsibility of a verse is to bring out the essence of the poetry. When the verses are arranged in a significant way, it becomes harmonious.

The melodious rhythm created by a verse creates a message that floats along.

What are the different types of the verse? 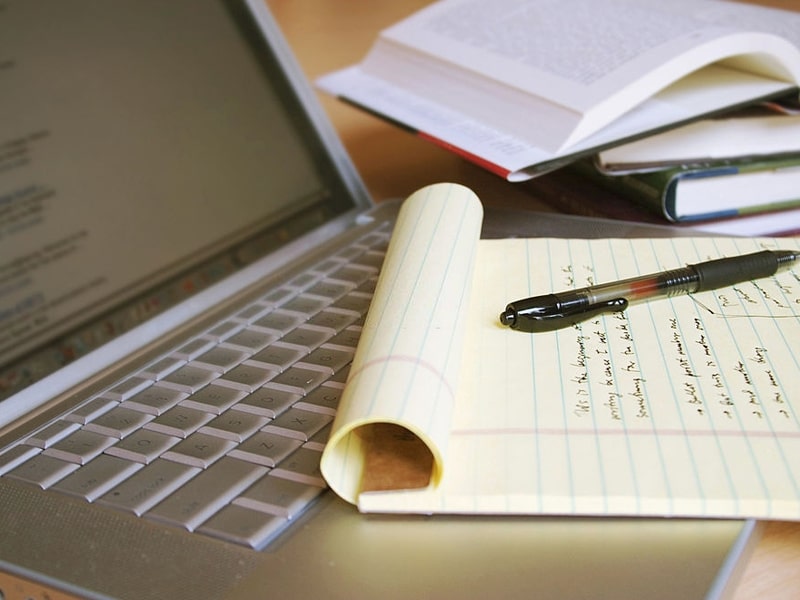 When poetry does not contain a rhyme scheme, and the metrical patterns vary, it is called a free verse. In such a verse, there is a free play of artistic use of sound, imagery, and many literary devices.

What is the ideal prose vs. blank verse definition? – The blank verse contains iambic pentameter, which is unrhythmical. It focuses on passionate events. So one could clearly understand the blank verse vs. prose through the above statement.

Why does Shakespeare use prose and verse?

You will find similar symmetry with Beowulf prose translation vs. verse translation. Just check out an assignment writing help to ease your job in case you want challenging work done quickly.

The idea to deploy verse and prose in the plays has been a practice of his time. We could know a great deal about the playwright by checking out the way he exploits the many forms of literature to serve the purposes of writing a drama. One can also learn about the interesting characters, their fashion choices, chart relationships, plot developments, and realize various attitudes and ideas at the time.

Here it is important to know that it is not only Shakespeare who has used verse and prose in his literary writing. We also find Doctor Faustus, another fantastic English writer, to have played with such effects in his writing.

Prose vs verse:why is it important to know the comparisons?

Prose stresses what is called “normal language,” i.e., what we use in our day-to-day speech. Therefore in our standard text, we employ sentences and paragraphs of different lengths with a unique structure. Most of the novels and contemporary works and plays of Shakespeare follow the same structure.

Verse, however, can also be termed as poetry that has a regular rhythmic pattern. Instead of paragraphs, verses are separated by stanzas.

In some of Shakespeare’s prose vs. blank verse, you will find a mixture of verse and prose, offering multiple effects. For instance, the characters who represented lower-status and comic roles used to speak in prose. Whereas the higher-born characters primarily used verses.

Continue reading this article to know the various forms and differences between the prose and verse, their varieties, and the blank verse.

Often, the graduation students are asked to write Thesis Defense during or after the course completion. You can now get all the details on how to defend your work.

What are the differences in effect between verse and prose?

Let us talk about some key differences between prose and verse:

Some more related terms to understand the article prose vs. verse. 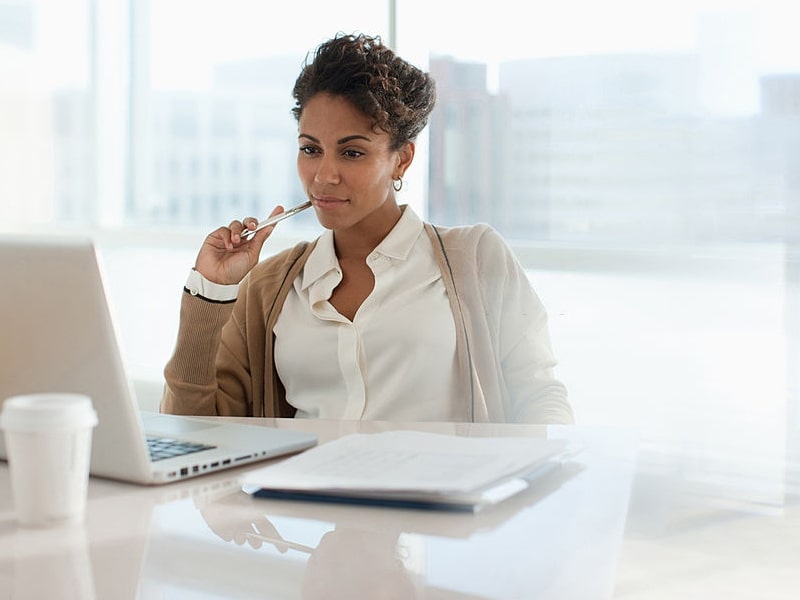 The rhyme and rhythm are two sound devices in poetry. Without a rhyme, you cannot form a rhythm. A rhyming word is very carefully placed at the end of a line or a rhyming verse.

Rhythm tends to stress on groups of syllables in the entire line, but the prose does not give much attention to rhyme and rhythm. However, these two become the most effective components in verse.

When the ideas are written in sentences, the sentences are further grouped into paragraphs. This becomes the structure of narration, more specifically prose.

Since prose are written in constricted spaces and cannot be lengthy, it is imperative to understand word count and sentence length, such as How many pages Is 1000 words? or How to write ideas concisely?

The structure of poetry is something different. In poetry, the ideas are written in lines that are further clubbed to form a stanza. many stanzas together become a poetry

Language is an essential aspect in both prose and verse. The prose is preferably composed in a language that we use in regular speech. Hence prose sounds more natural.

In verse, however, you will find something called figurative speech and rhythmical language in each line.

To define an iamb, we should know that it is a metric unit and a rhythm structure. It takes an unstressed syllable and a stressed (emphasized) syllable together in groups of five. It is primarily used in poetry.

When talking about pentameter, you need to know that it is the most impressive meter found in the plays and poetry of William Shakespeare. Pentameter consists of diameter, trimeter, and tetrameter and becomes a part of iambic poetry.

Each line of an iambic pentameter consists of five pairs and has a tremendous flow.

One finds a blank verse in descriptive and reflective poems. It is even used in dramatic monologues i.e., the lyrics with a single character to express reflective thoughts in a speech. Iamb, trochee, spondee, and dactyl are the various kinds of meter that help in the composition of a blank verse.

Here is an example of a blank verse

“You stars that reign’d at my nativity,

Into entrails of yon labouring clouds, …

So that my soul may but ascend to Heaven …”

Both prose and verse are undeniably created to let the characters come close to the reader’s heart and mind. The big difference is that one becomes a large piece of writing or narrative and the other with a consistent rhythm. Therefore through prose and poetry, the characters could speak to the audience to bring out a more comprehensive idea.